This reference book is intended to help representatives of NGOs documenting war crimes respond to armed conflict. In addition, it will help organisations interested in promoting the investigation of war crimes committed in Ukraine while working in foreign jurisdictions, based on the principle of universal jurisdiction. 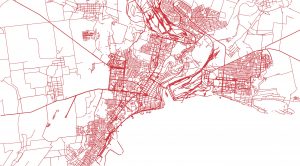 Truth Hounds, International Partnership for Human Rights (IPHR) and Global Diligence LLP. presents the report “Armoury, Prison, Graveyard: Mariupol Regional Intensive Care Hospital under Russian occupation”. Mariupol is a strategic port city in south-eastern Ukraine, with a pre-war population of around 400 000. Mariupol was under Russian siege from 2 March to mid-May 2022, when... Who’s next in the dead line? Finding responsible for killing people queueing for a bread in Chernigiv.

PDF (Open in a new tab) Truth Hounds is a team of experienced human rights professionals that has been working on documenting war crimes and crimes against humanity in the war contexts since 2014. We aim at fighting against the impunity of perpetrators of international crimes and grave human rights violations through investigation, documentation and... Unlawful confinement and torture in Dymer, Kozarovychi, and Katyuzhanka, Ukraine

Dymer is a small settlement located 50 km to the north of Kyiv. Its pre-war population was approximately 6 000 people. Kozarovychi is an even smaller settlement of around 2 000 people, located 5 km south of Dymer. Both settlements are located in Vyshhorod Raion, which borders the city of Kyiv to the south and... Read the Report PDF (open in the new tab) Truth Hounds is a team of experienced human rights professionals that has been working on documenting war crimes and crimes against humanity in the war contexts since 2014. We aim at fighting against the impunity of perpetrators of international crimes and grave human rights violations through... During the reporting period, Russian occupying forces continued the mass theft of grain and other foodstuffs in the oblasts of Kherson, Kharkiv, and Zaporizhzhia. There were fresh reports of hundreds of dead civilians buried by Russian soldiers in mass graves near Mariupol. In Mariupol, Russian forces blocked the evacuation of circa 600 wounded Ukrainian soldiers... During the reporting period, occupying Russian forces destroyed a number of grain stockpiles and began the mass theft of grain in the occupied parts of the oblasts of Kherson, Donetsk, Luhansk, and Zaporizhzhia, depriving local populations of essential food supplies and impeding the sowing of the next year’s crops. There are credible reports of large... Your own worst enemy

From the very beginning, the Russian Federation’s fresh wave of armed aggression against Ukraine has been accompanied by  various violations of international humanitarian law (IHL), repeatedly reported by Truth Hounds and other organisations, such as Human Rights Watch and Amnesty International. The latter, in a note published even before 24 February, noted: “The history of... During the reporting period, there were new reports of torture and mass executions of civilians within the territories of Kyiv, Sumy, and Chernihiv Oblasts that were occupied by Russian forces. Ukrainians are being drafted into the Russian army in Russian-occupied Crimea, as well as in parts of Kharkiv, Donetsk, Luhansk, and Zaporizhzhia Oblasts that are... Evidence of war crimes and violations of international humanitarian law committed by the Russian Federation during its campaign of military aggression against Ukraine: 22 March – 5 April 2022

Russian forces have continued their invasion of Ukraine; shelling and destroying Ukrainian cities, torturing, raping, and killing hundreds of civilians; and forcibly transferring local residents.During the reporting period, the Armed Forces of the Russian Federation committed the following war crimes and serious violations of international humanitarian law (hereinafter referred to as IHL): (1) Torture and...