The Truth Hounds gave workshops for prosecutors and investigators of Office of the Prosecutor General of Ukraine, including Crimean Prosecutor’s Office and Kharkiv military prosecutor’s office of Joint Forces Operation.

The workshops took place on July 15 in Kyiv and on July 17 in Kharkiv, 2019. Our lecturers provide international humanitarian law basics, its interpretation and application at the national level, as well as tools to distinguish the features of military crimes.

The practical part of the workshops aimed to introduce skills of war crimes documenting use ща open sources in chasing war criminals generated utmost interest among the audience. Both for the hounds and for the audience it became apparent that the public sector and state sector can contribute to each other’s work and to fighting impunity in general.

The workshops were arranged within the framework of a joint project of the Truth Hounds and United Nations Development Program in Ukraine ‘Improving quality of Ukrainian justice in the prosecution of war crimes’. 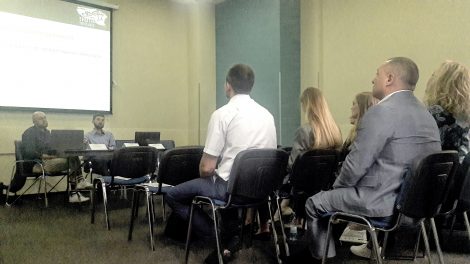 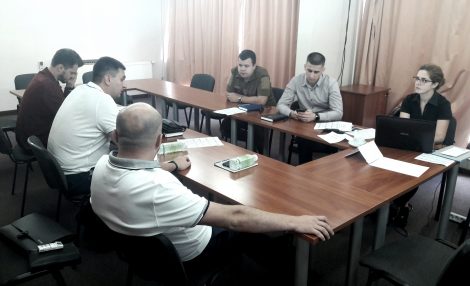