Your own worst enemy

From the very beginning, the Russian Federation’s fresh wave of armed aggression against Ukraine has been accompanied by  various violations of international humanitarian law (IHL), repeatedly reported by Truth Hounds and other organisations, such as Human Rights Watch and Amnesty International. The latter, in a note published even before 24 February, noted: “The history of During the reporting period, there were new reports of torture and mass executions of civilians within the territories of Kyiv, Sumy, and Chernihiv Oblasts that were occupied by Russian forces. Ukrainians are being drafted into the Russian army in Russian-occupied Crimea, as well as in parts of Kharkiv, Donetsk, Luhansk, and Zaporizhzhia Oblasts that are Evidence of war crimes and violations of international humanitarian law committed by the Russian Federation during its campaign of military aggression against Ukraine: 22 March – 5 April 2022

Russian forces have continued their invasion of Ukraine; shelling and destroying Ukrainian cities, torturing, raping, and killing hundreds of civilians; and forcibly transferring local residents.During the reporting period, the Armed Forces of the Russian Federation committed the following war crimes and serious violations of international humanitarian law (hereinafter referred to as IHL): (1) Torture and 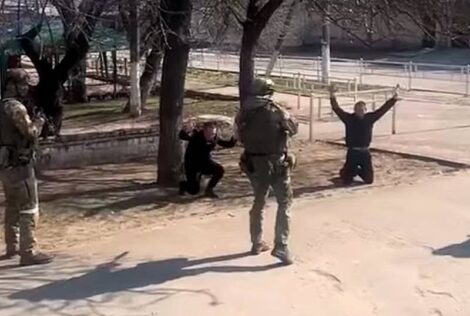 A Truth Hounds Analytical Report for 7 to 9 March 2022 Read the Report PDF open in the new window 1. Summary The ecological situation of the territory of Donetsk and Luhansk regions, which have become the backdrop to an armed conflict with active armed hostilities from 2014 to 2021 and are partially under the control of occupying forces, has significantly deteriorated in recent years, showing signs On March 22-26 and April 12-16, the Truth Hounds monitoring group visited all 7 checkpoints and a number of settlements located on the demarcation line to document human rights violations, the effects of the pandemic, the escalation of the military situation, and working conditions of checkpoints during quarantine. Read Report The Situation in Belarus: Crimes Against Humanity of Deportation and Persecution

Today, International Partnership for Human Rights (IPHR), Norwegian Helsinki Committee, Global Diligence LPP and Truth Hounds (the Filing Parties) filed a Communication under Article 15(2) of the Rome Statute to the International Criminal Court (ICC) on ‘The Situation in Belarus/Lithuania/Poland/ Latvia and Ukraine: Crimes Against Humanity of Deportation and Persecution’. The Communication requests the ICC Violations of the rights of creative professionals, activists and artists during the post-election crackdown in Belarus

This joint report by Belarusian PEN Centre, Civic Solidarity Platform (CSP), International Partnership for Human Rights (IPHR) and Truth Hounds, presents information obtained from monitoring by Belarusian PEN Centre as well as other local and international human rights defender organisations and provides an assessment of the human rights violations against creative professionals, activists and artists by the Belarusian authorities in response 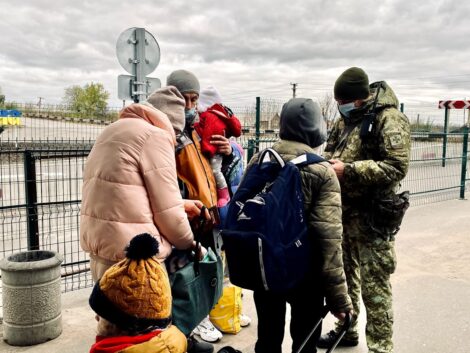 Report of the monitoring mission to the line of demarcation

From November 9 to 13, Truth Hounds and Vostok SOS Charitable Foundation visited all 7 entry-exit checkpoints in the Ukrainian-controlled areas in the first joint monitoring mission to the demarcation line. The purpose of the monitoring was to observe how people were allowed to cross the line of demarcation under quarantine restrictions. The organizations also